When I entered into the graduate program in chemistry at Florida State University, I was littered with emotions as I embarked on the next phase of my career. I felt excited taking this next step, anxious about my abilities as a scientist, and sad for leaving my five-month old son, Luke, for the majority of the day. Although motherhood is rewarding and introduces a level of boundless love never known before, it also can instill guilt. Guilt for leaving your child, missing memories, and selfishly pursuing a career.

The first semester provided an easy transition. My teaching assignment and class schedule still allowed me to go home frequently to breastfeed. This also meant that I did not have to find a location to awkwardly pump milk throughout the day, an activity which is hopefully becoming more and more normalized on campuses. During this time, new students have to explore different research group and determine which one to join. There were 32 incoming graduate students in my year and I was the only parent. My unique situation created different requirements for the group I would join. I needed the flexibility to leave when my son is sent home due to an illness or during holiday breaks when daycare is not provided. This was in addition to the already tremendous things to consider when picking a major professor such as being passionate about your research, compatibility with the existing group members, and getting along with your new advisor. Luckily, I found everything I needed in the group of Dr. Oliver Steinbock and he kindly allowed me to delay starting my research project until the new year;Luke would be eight months old.

Before my son was born, I had always heard about the hefty expenses that come with having kids. People always emphasized the “equipment” required such as diapers, car seats, food, etc. However, the real burden is the cost of daycare. This can exceed $1000 each month in a small city like Tallahassee. Just for reference, rent was $900 per month in the 3/2 townhome we lived in. I was fortunate that my father volunteered to stay with my husband and I throughout the week to help watch Luke and avoid this insane price tag. When he decided to move back to the Philippines, we had to find a daycare that we not only trusted, but could also afford. The university offers childcare, but there we were number 82 on the waitlist to enter. Until then we put Luke in a church daycare program for three days a week. Since I was a student, Luke received preference in enrollment and a few months later he started at the FSU childcare program. I was also surprised to be given support through a student grant that significantly cut the cost each month. However, since the program is affiliated with the university, it observes the same breaks between semesters that, as graduate students, we do not. With my type of research combining experiments with computer analysis, I tried to synchronize non-experiment work such as writing or data analysis to occur during these long breaks.

I had this Hollywood impression of a scientist where research is my life, I need to be in the lab mixing things in beakers, recording my results, thinking with my mustache and cigar. The reality is that a significant chunk of the time is spent reading articles and writing. I entered the graduate program feeling the pressure to publish. My interpretation meant that I had to “put in the time”. With that, I started spending long hours in the lab arriving at 7:30 AM and leaving at 9:00 PM. My time management grew worse as I prepared to go to my first Gordon Research Conference. I heard of the reputation of these conferences attracting the best scientists in the world and I needed to make a poster worthy of their caliber. I started staying until 11:00 PM trying to squeeze the most out of my day working on a project that just was not succeeding. During the conference, I attended a session called the “Power Hour”. The Power Hour I attended was divided into several subsections and I chose to join the one for “Balancing Work and Home Life” along with other graduate students, postdocs, and professors. This gave me the opportunity to ask about their individual experience with this delicate juggling act. There was a consensus among them:

“Spending more time in the lab will not make you a better scientist. Even worse too much time can be detrimental. It is about learning, working smart, planning, and understanding your project. To balance time, just set limits for yourself. Treat it as a regular work day and leave by a certain time. Yes, sometimes things require more attention or you may just want to acquire more data for a conference. That is ok every once in a while, but not all the time.”

At that time, my life changed for the better. I followed their advice and every day I go home at 5:00 PM. I spend more time reading and critically thinking about my project, whether at home or in the lab, instead of tackling my project like throwing spaghetti against the wall until one good idea sticks. This has made me a better scientist and a better mom.

One year, Nobel Laureate Ada Yonath gave a talk in our department about her scientific journey elucidating the structure of the ribosome. At the end of her talk she showed a slide of her most prized award:“Best Grandmother of the Year”. She turned to the sea of graduate students and emphasized that you do not have to give up family to become a successful scientist. More importantly, unlike the Nobel Prize, this award given by her granddaughter had to be earned again every year. There is a high probability that we will not all be groundbreaking scientists, and instead small meaningful discoveries that hopefully one day lead to solving a bigger picture. Our contributions in science may fade, but our impact on our friends and family is long-lasting. 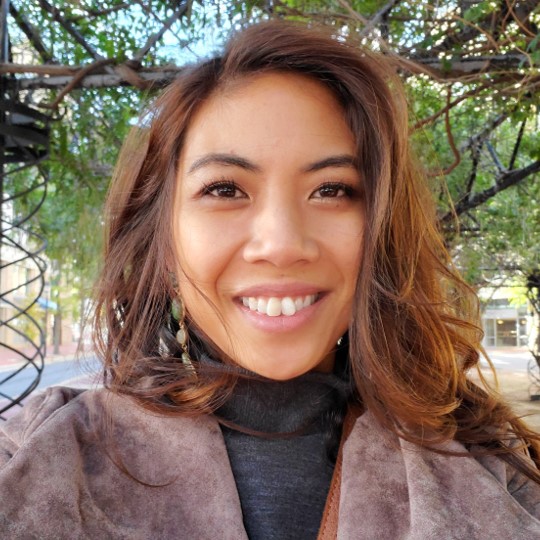 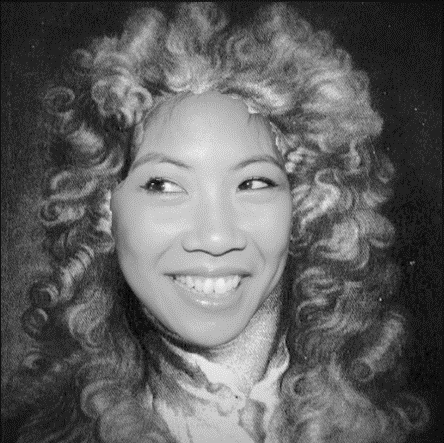 As mentioned above, Pamela Newton is an NSF graduate research fellow in the department of chemistry at Florida State University

The two-body problem does not have one answer