For the vast majority of scientists and engineers, their only point of reference for a research environment is from academia.  Such models are largely based on groups; of students and postdocs from very similar disciplines, which are led by a professor.  On the financial side, these environments are characterized by loose boundaries on working hours and salary-based pay scales, where research and classwork responsibilities often get muddled within a single day or even hour. These environments provide examples with very weak boundaries between graduate students’ work and personal lives. Such a model only represents one type of research environment that students will encounter in their careers and does not prepare graduates for positions in U.S. Government (USG) research laboratories.

What is a U.S. Federal Research Lab?

What is it like to do Research at a U.S. Federal Lab?

The research topics encountered in U.S. Federal (USF) laboratories are distinct from research encountered in academia.  The requirement that research fit within the mission space of the parent agencies serves to limit redundancy in USG laboratories and to make ethical use of tax payer funding. It also makes for very unique research programs. One such example is the Cold Regions Research and Engineering Laboratory (CRREL) of the US Army Corps’ Engineer Research and Development Center (ERDC).  As a federal laboratory under the U.S. Department of the Army, CRREL is one of seven laboratories in ERDC and has a focus on research related to operations and installations in cold, remote, and extreme environments.  The CRREL mission area includes topics like permafrost, ice adhesion, ice jams, polar logistics, snow runways, and many other topics related to cold regions science and engineering.

Similar to a research professor, Principal Investigators (PIs) at a USF research lab like CRREL secure funding for themselves or their research group or team by submitting, and (presumably!) receiving awards for, proposals. In this model, individual PIs are afforded a great deal of creativity in the research approaches they propose to a given funding call as long as the research is aligned with i) their expertise and ii) the mission space of the lab. The result can be a feast or famine type scenario and PIs experience a very similar stress as professors do in trying to keep their research expertise and group funded.

In the USF research environment, tax payer dollars are ultimately what supports research, so there is a great deal of accountability and regulations that govern the research activities of a project. One particularly important federal regulation is the Antideficiency Act, which allows researchers to work only on projects that are explicitly funded. One consequence is that federal researchers are prohibited from working on projects for which the funding ‘is on the way.’ In addition, starting up new research areas can be challenging in the absence of discretionary accounts that help academic researchers and professors build new programs. In addition to abiding by the Antideficiency Act, research is not done simply for the sake of exploring science. While USF researchers do undertake basic and fundamental research, it is generally designed to inform a particular need and is very structured with milestones and deliverables.

To use another comparison to academia, graduate level research often occurs on a loosely defined timeline.  During times when graduate students have a heavy academic load, it is understood that they can cut back on their work in lab. It is also widely understood that failures happen, hypotheses can be invalid, and often it takes years for publishable results to be produced. When research in academia ‘goes sideways’ as the saying goes, there is often a lot of flexibility.  Research at USF labs is very different; research proposals that are awarded funding are those with clear timelines that include milestones, deliverables, and detailed budget expenditure plans.  Failure to follow these timelines can result in project termination or the reallocation of funds to other research activities.  In reality, the vast majority of projects are successfully completed because interdisciplinary teams with good communication skills are quite adept at overcoming research challenges and unforeseen complications.

What Academic Backgrounds do Researchers at U.S. Federal Labs Have?

The USF research labs have very unique research programs defined by the specifics of their organizational mission within their parent agency.  As a result, USF research is quite distinct from academic research and often encompasses topics that are not addressed in academic departments.  For example, I lead a research team that addresses advanced materials under the cold regions mission of US Army ERDC-CRREL.  While I do have a PhD in Materials Science & Engineering (MSE), my team of 6 only has one other member with an MSE degree. The other five members have degrees in electrical engineering, mechanical engineering, chemistry, environmental engineering, and computer science. We tackle research that is largely outside the box of topics typically encountered in academic settings and the broadly interdisciplinary nature of our team gives us a competitive edge in solving these issues.

How is the Research Itself at U.S. Federal Labs Different from Academia?

Researchers at USF labs are not allowed to compete with the private sector. The USF labs have very unique missions so this requirement is typically not all that restrictive.  Using my research team as an example, consider that while we are the Advanced Materials Team and we do ice adhesion research, we aren’t trying to make the next best advanced material coating system. Sounds odd right? Since we do research on behalf of the USG, we are studying the factors that are important in ice adhesion testing and data analysis so that the fundamentals of ice adhesion can be understood. Such information is really important for advancing the technology readiness levels of coating technologies. For example, through the SBIR and STTR programs, the DoD has invested (at least) 10s of millions of U.S. dollars in the development of coatings to control ice accumulation and shedding. Unfortunately, these coatings have not been widely deployed on U.S. military assets (e.g., ground and aerial vehicles, communication towers). As a result, casualties, losses, and mission interruptions/failures persist in icing scenarios. Our research is designed to fill this gap by providing a metric/method/means by which coatings can be transitioned from lab scale to the field, thereby increasing safety and agility of operations in cold regions.

Can I publish my Results from U.S. Federal Research?

Yes, yes, and yes again!  Since research at USF laboratories is funded through tax payer dollars, USF researchers are obligated to make their results publicly accessible, so long as there are no security, privacy, or other considerations that may prevent this. What this means is that we are encouraged to publish all our results; both good and bad. In other words, we are required to tell the whole story, without cherry picking results –a position that I find refreshing! To support the full disclosure of research, each USF laboratory has its own internal publishing and reporting system and these reports are made publicly available through the Defense Technical Information Center (DTIC). During the internal publishing process, reports are subject to technical peer review as well as a full editing process to ensure quality in the final product. In addition, they are reviewed by security and public affairs to prevent unauthorized disclosures.

How are Researchers at U.S. Federal Labs Promoted?

Many researchers at USF laboratories are employees of the USG.  As a result, the Office of Personnel Management (OPM) maintains the guidelines for advancement within the research positions.  The Research Grade Evaluation Guide (RGEG) provides the criteria for each level in the general schedule. The promotion process itself is quite a lot like the tenure process for professors. The researcher, who is eligible for promotion, submits a package containing all the details on their research program and accomplishments.  Subsequently, this package is reviewed by a technical panel and rated according to the criteria and point system spelled out in the RGEG. The review process is an excellent opportunity for feedback on professional and career development. Although it can of course be frustrating to not receive a promotion, all researchers who go through the RGEG panel process receive feedback and suggestions to help guide their careers in the future.

Do All Researchers at U.S. Federal Labs do Research?

At academic institutions, individual research groups are led by professors who work in departments led by department Chairs, who are in colleges led by Deans, who are overseen by Provosts. While this is a clear hierarchy, there is very little formal supervision between all the levels, provided ‘all is well.’ The hierarchy at some USF research labs, including CRREL, has a much more formal management structure, wherein the technical leadership is separated from the performance supervision. For example, while individual research teams are led by PIs, all members, the PI included, receive performance supervision by the head of the Branch to which they are assigned. Technical leadership is guided by the technical directorship and the individual PIs.  This type of structure presents opportunities for researchers to grow their careers in unique ways.  For example, a research staff member with good interpersonal and organizational skills might make a good supervisor! The point is that researchers at USF labs have opportunities to develop their careers, outside of the traditional research track, as supervisors, project managers, and even technical directors, all roles that contribute to successful research outcomes.

FINALLY, What Skills Do PhD Students Need to be Successful in U.S. Federal Research??

While the federal research environment may seem incredibly strict and complicated to many students, it comes with a great deal of room for creativity in research. Researchers are able to leverage their expertise to challenges in unique mission areas and take lead of their research activities. They can collaborate widely across academia and industry and work in interdisciplinary teams.  They can also take advantage of professional development opportunities to build their careers in directions that involve more interpersonal interactions and help researchers to build their careers. To be prepared for opportunities in USF research, graduate students must: 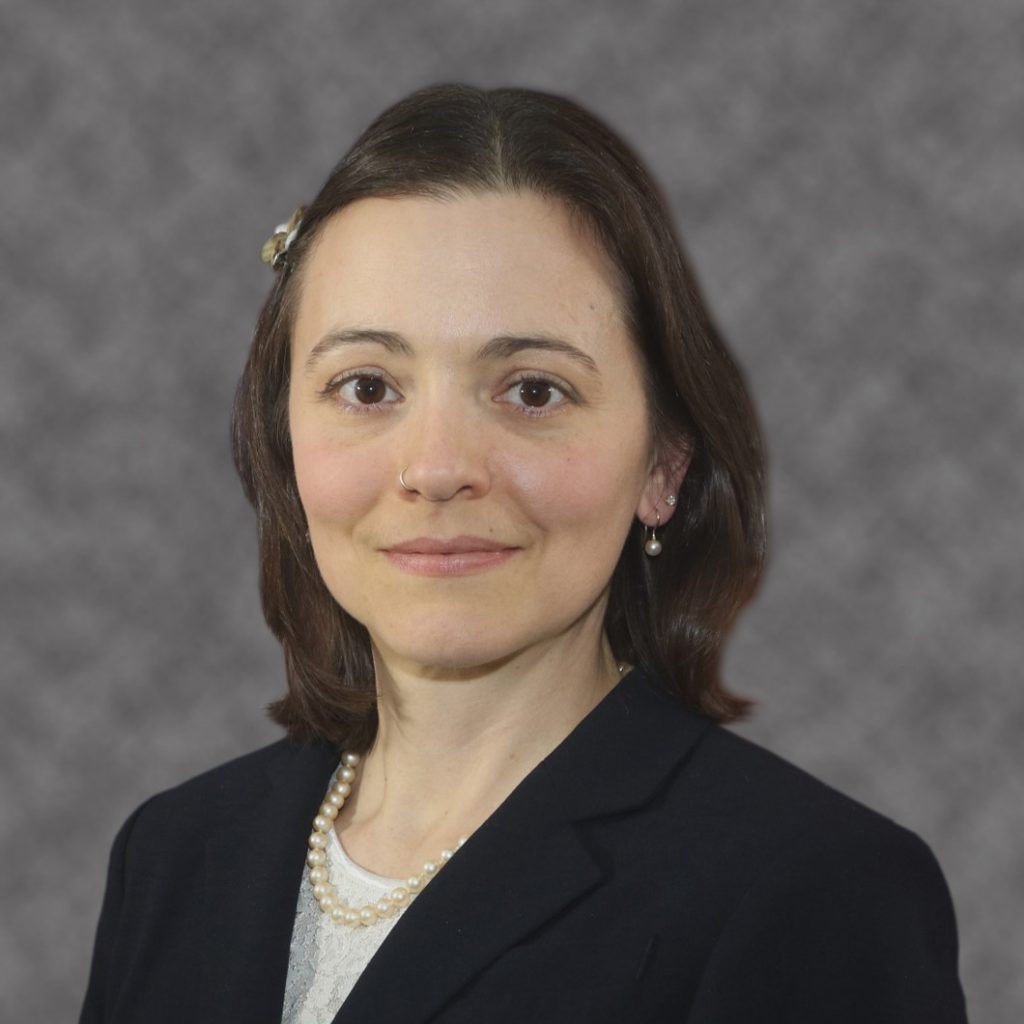 Dr. Emily Asenath-Smith is a Lead PI for Advanced Materials Team and Ice Adhesion RDT&E at US Amy ERDC-CRREL

Conducting part of your PhD thesis research at a national lab: The DOE SCGSR Program