Photography is an essential part of communicating your science

I photograph really smart people and their research. It’s a privilege for me and (I believe) a necessity for them. I’ll tell you why.

People like me—your pretty average Jane—don’t understand what goes on in scientific labs. I always imagined wild-haired Einsteins in a room with dozens of beakers full of colorful bubbling liquids. And Bunsen burners! Lots of them. Because that’s what we used in high school science class (ahem, in the 90s).

People who aren’t scientists may have similar misconceptions. Or maybe they’re just curious about how you conduct science experiments. Either way, it’s important you show them what science looks like.

It’s a safe bet that the vast majority of non-scientists have never been in a laboratory. Unless they’re an elected official, policy maker, or scientist’s kid, the opportunity just won’t present itself. And it’s even less likely they’ll read your recently published paper to learn about your research.

For these reasons, photographs of your work are critical to building support for science and enticing future generations to study it.

Take this photo for example:

A PNNL scientist is mixing wastewater—processed poop—to convert it into valuable biocrude oil. He’s using a giant mixer in a bucket anyone can get at Home Depot. As a layperson, I was fascinated. When a scientist says they’re converting poop to fuels, I can’t even begin to imagine what that process entails. But after photographing it, I have a new appreciation for the people and the science.

This visual storytelling piques interest in, and shows the complexity of, your research.

Whatever organization, university, or agency is funding your research will likely expect updates on your progress. This is your chance to show—not just tell—them how you’re spending their money.

Keeping in mind that your contact at the funding agency also has a chain of command, share photos that take the entire “chain” into your lab (or research environment).

A suggestion: Weekly or monthly, send a photo and caption to your funding contact. Just that, nothing more. I wouldn’t be surprised if 1) they notice when you miss sending one at a regular interval, which means they’ve come to rely on and/or enjoy them; 2) they forward every single one to their colleagues; and 3) you see your images show up in their presentations and reports.

How to partner with a photographer

A lot of science happens inside of very complex scientific instruments. Some scientists give me quizzical looks when I ask them to show me the steps of their research. They point to the instrument and say, “It all happens inside there.” But that’s not really true. Sometimes you’re so close to the research that you forget all the steps leading up to that instrument; those steps are also important visually.

In this series, a scientist shows me steps in lithium battery research.

Aside from the help of a professional photographer, there are things you can do to share your science, particularly if you’re using an instrument that produces images. The images may seem mundane or “in the weeds” to you, but to others they show progress and give viewers a glimpse into the magic they wouldn’t otherwise see. 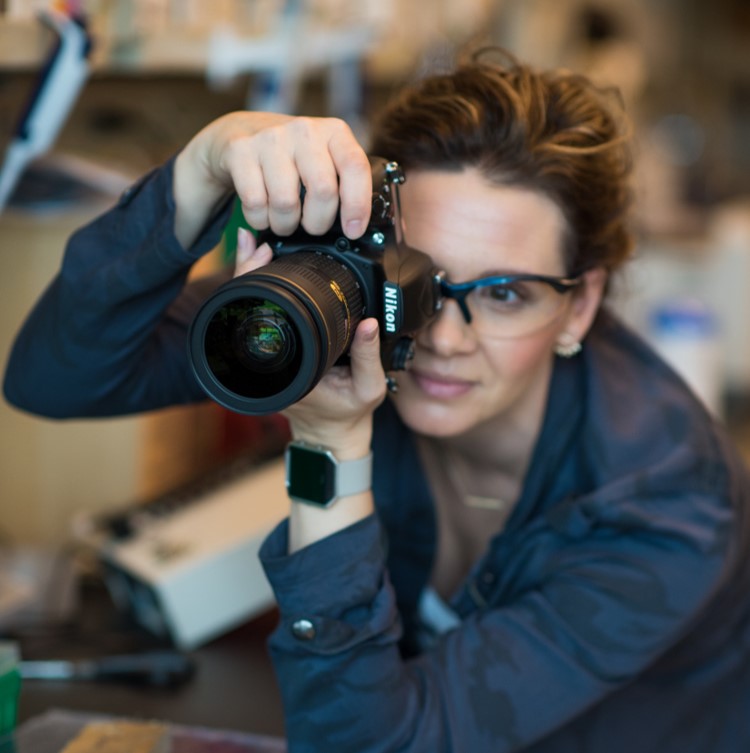 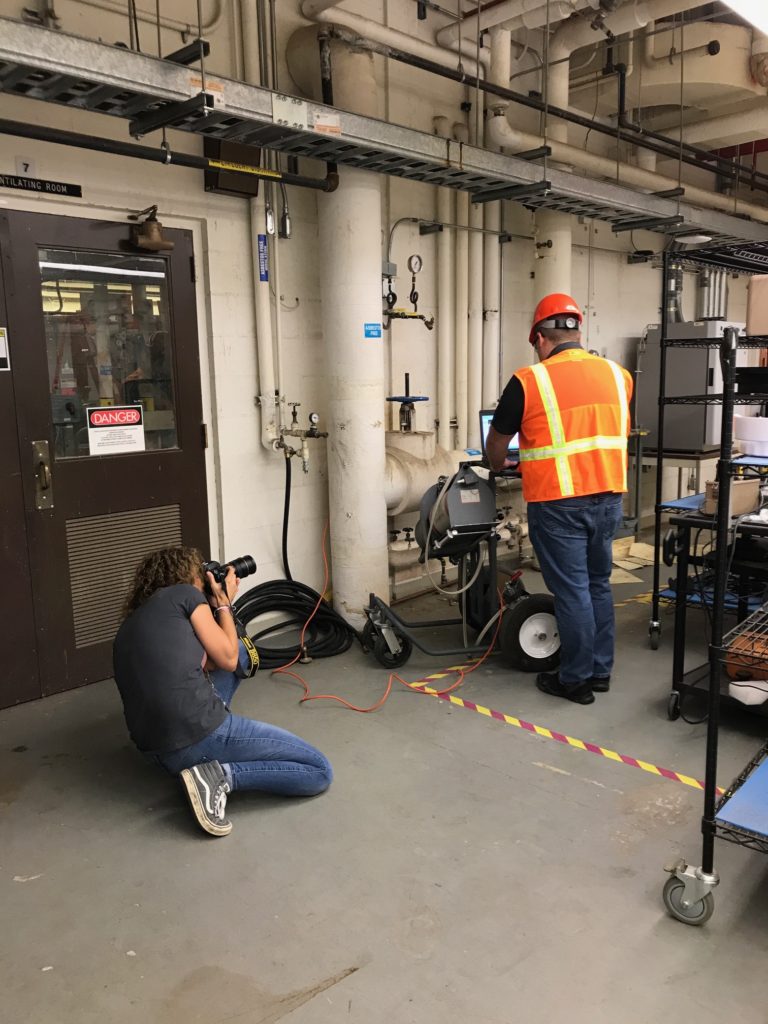